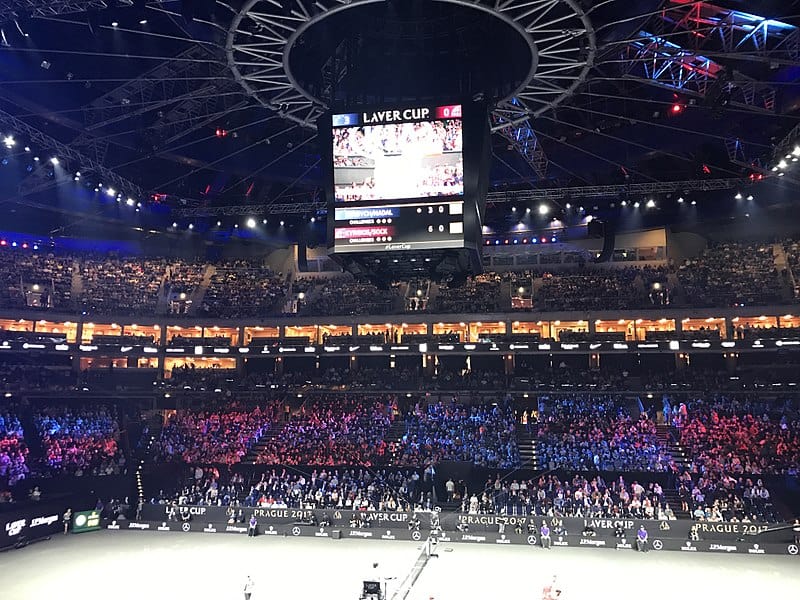 Looking to get the best possible seats for the Laver Cup 2020? Here we have all the information on how to purchase the Laver Cup tickets and the costs associated with those tickets.

Considering the amount of talent that was on display at the O2 Arena last year, we can expect a lot of breathtaking matches in the 2019 season as well. For obvious reasons, it is advisable for you to get your hands on the tickets for these matches at the earliest.

You can purchase either single-session tickets or multi-session tickets from the official website of the Laver Cup. The available seats are reducing by the hour, so if you do plan on visiting the tournament, now is the time to buy.

The 2020 Laver Cup will be played from September 25 to September 27 as Team Europe look to make it four titles in a row.

Where will the 2020 Laver Cup be Played?

There will be a change in the venue as the Laver Cup heads to America for the 2020 edition. It will be hosted at the TD Garden in Boston, Massachusetts.

The multi-session tickets for the 2020 Laver Cup have gone on sale in March 2020. Before that only the Hospitality Packages and Travel Packages were on sale but now single session and multi session tickets are also available. More information on each of these packages can be found below.

The pre-sale offer was released on March 3 and all-session tickets were available for prices between USD 277.5 and USD 3277.5. These tickets will be out for general public from March 6, 2020 with Ticketmaster.

There are four different options for the Hospitality packages. These include Unrivalled Experience, Legends Club, Captains Club and Suites. Each of them has been explained in brief along with how to buy these Laver Cup packages and their prices.

Here’s the Laver Cup seating map for the 2020 edition:

More information on who will feature in the 2020 edition of the Laver Cup is still awaited. Below we have put up the teams which participated in the 2019 Laver Cup.

About the Laver Cup:

The Laver Cup is played over three days between Team Europe and Team World. It’s based on the Ryder Cup format in golf. Both teams are represented by six players each and 12 matches are played between them – three doubles and nine singles matches.

John McEnroe is the Team World captain while Bjorn Borg is the Team Europe skipper and they select two players apiece for their respective teams while the remaining four are based on their rankings.

Matches are played as best-of-three sets with the final set being a 10-pointer instead of a usual six-game set. Over the past three seasons of the Laver Cup, Team Europe has won each time and will be gunning for their fourth title in 2020.