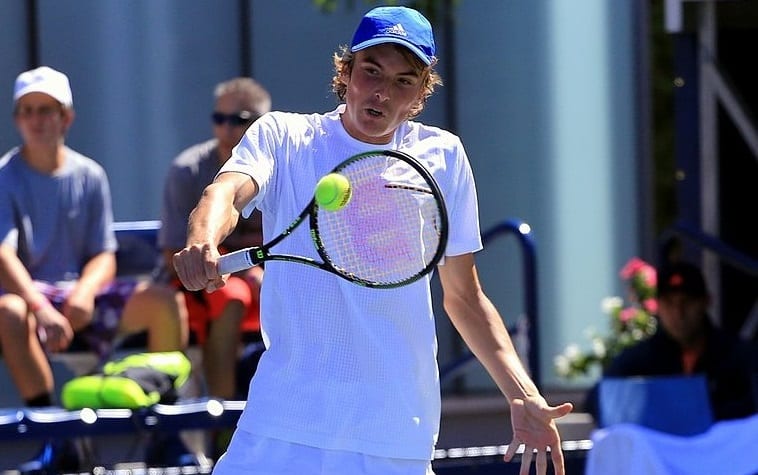 Looking to watch the Marseille Open live streaming online for the 2021 edition of the competition. Here’s all the information on how you can watch the Open 13 tournament from Marseille this coming February.

The ATP Marseille, also known as Open 13, is a men’s professional tennis tournament that is a part of the ATP World Tour 250 Series. It is one of the five French tournaments on the ATP circuit, with the other four taking place in Paris, Lyon, Montpellier, and Metz. The event is played on indoor hard courts and it takes place in February.

Over the years, the likes of Roger Federer, Jo-Wilfried Tsonga, Stan Wawrinka, Tomas Berdych, Gilles Simon, Nick Kyrgios, Marin Cilic, among others have participated in the competition. Needless to mention, despite being a 250 Series event, the tournament still attracts some of the top players from the ATP circuit.

We are still awaiting the release of the schedule for the 2021 Marseille Open, with changes in tennis calendar expected given the issues with the pandemic around the world. To give you an idea of when the tournament was played last season here’re more details regarding the same.

The main draw of the 2020 edition of Open 13 began on February 17, with the final match played on February 23. The qualifying matches will be played the weekend right before the tournament.

The player list for the upcoming edition of the Marseille Open will be released soon.

Some of the top players in the men’s tennis world took part in the 2020 Marseille Open with Daniil Medvedev being the top seed. Medvedev was joined by the second seeded Greek Stefanos Tsitsipas, the defending champion coming into the tournament. The remaining seeded players are as follows.

What Happened at the 2020 ATP Marseille?

Stefanos Tsitsipas made it two titles in a row at the Marseille Open after defeating Felix Auger-Aliassime in straight sets in the final. He won 6-3, 6-4 to pocket the tournament victory again after having done it in 2019.

The Greek second seed defeated Alexander Bublik in the semifinal while Auger-Aliassime was a 7-5, 7-6 winner over Gilles Simon in his last-four clash. This was after Simon stunned the top seed Daniil Medvedev in straight sets that included a bagel in their quarterfinal round.

Tsitsipas, on a high from his solid performance at the 2019 Australian Open, went on to clinch the Open 13 title too, beating Mikhail Kukushkin in the final. He won in two, well-fought sets, 7-5, 7-6.

This was after the defending champion Khachanov withdrew from the 2019 Marseille Open because of a fitness concern.

Tsitsipas, the top seed, had a first round bye, and strolled through the tournament without dropping a set. Tsitsipas beat Hubert Hurkacz, Sergiy Stakhovsky, David Goffin and Kukushkin in the competition to lift the Marseille Open trophy. Second seeded Borna Coric was defeated in round two, losing to Ugo Humbert, while fourth seeded Denis Shapovalov went down to the eventual finalist Kukushkin in his second round match.

The 2018 competition was won by the Russian No. 1 Karen Khachanov, who defeated the local favorite Lucas Pouille in the final. That was Khachanov’s first title of the season and he moved on to follow that win with two more titles over the course of the year.

The Russian started the competition as the ninth seed and was joined by the likes of David Goffin, Stan Wawrinka, Tomas Berdych, Gilles Muller, and Roberto Bautista Agut as top seeds. While the tournament promised to be a thrilling affair, Wawrinka and Goffin retired quite early from the competition. Nonetheless, the rest of the players put up a terrific show for the spectators.

Many big players fell in the early rounds and this paved way for the likes of Pouille and Khachanov to rise to the top. Both the players dominated their respective halves quite handsomely, with Khachanov being more clinical among the two. Belarusian qualifier Ilya Ivashka also put up a good fight, having made it to the semifinal in Marseille before losing to Pouille in straight sets.

You can watch (and bet) on the ATP Marseille Open live streaming with bet365.com. Here’s how you can do it in a few simple steps:

This site requires you to register with them and then either deposit a sum of $10 into your account (or register as mentioned here) or watch the live streaming by betting on any sport in the past 24 hours. Remember geo-restrictions might apply.

As mentioned above, joining them is a simple process. Simply visit the site of your choice and follow the sign-up instructions. Once you have signed up, log in to your account and make a deposit of $10 or more. And before you wonder, no, it is not at all mandatory to bet here.

After making the deposit, visit the live streaming tab and find the event you wish to watch live. In this case, it will be ‘ATP Marseille 2019 live’ or something along those lines.

Alternately, you can also join Tennis TV – the official live streaming partner of the ATP World Tour. It is a premium subscription service that will allow you to live stream any ATP event that takes place in a calendar year.

The TV guide for the tournament will be revealed a few days before the tournament begins but the Marseille Open live streaming option would work in most parts of the world.