World No. 2 Simona Halep will face the Canadian ace Eugenie Bouchard in the second round of the Dubai Duty Free Tennis Championships on Tuesday afternoon. The match will be played at around 2 pm local time (10 am BST).

The two ladies have met only four times so far of which, Halep has won three. All three of those victories came on hard courts itself, with her most recent win over Bouchard coming in the last year’s Australian Open.

A Roller-Coaster Week for Halep

Before coming to Dubai, the reigning French Open champion had an action-packed week in Doha, where she made it all the way to the final.

To make things more interesting, she participated in the tournament under the guidance of a new coach – Thierry Van Cleemput, after spending the first month of this season playing by herself. It is fair to say that with Cleemput, the Romanian had the best run of the year so far. By the end of the week, she had climbed back to the No. 2 position in the rankings.

Halep defeated the likes of Julia Goerges and Elina Svitolina to reach the final but ultimately lost to a highly determined Elise Mertens in the final. While this defeat was certainly quite shocking albeit, not that surprising (given the way Mertens performed in Doha), her decision to part ways with Cleemput was far more unexpected.

Just after a week, the Romanian decided to not work the Belgian citing a lack of on-court chemistry. She also said that they are not a good fit together and for the upcoming period, she’d be playing without a coach. Nonetheless, in the past week, Halep played some quality tennis and one can only hope for her to continue playing in the same vein in Dubai too. 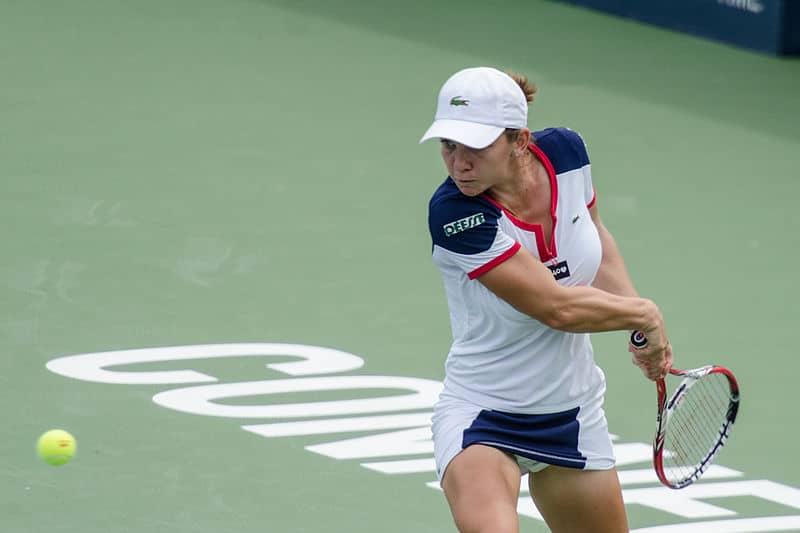 Bouchard Hoping for a Resurgence

The former World No. 5 has been struggling greatly with her form over the last couple of seasons. For a brief spell, she was even out of the top 100 before clawing her way back in. The 2014 Wimbledon runner-up is presently the World No. 79 and is scores away from finding the same form that she had back in the first half of the decade.

Nonetheless, this year did bring some relief for Bouchard. She won her first title since 2014 earlier this season in Auckland although, it was a doubles title. Partnered with Sofia Kenin, she won the doubles title in Auckland and finally managed to end that drought.

With a little bit of confidence there, she will hope to move up on the singles circuit as well. However, that is easier said than done considering that in Doha last week, she lost in the first round of the qualifiers. Prior to that, she tried her luck in the 125K Series event in Newport, but to little avail.

However, she started off well in Dubai with a straight-set win over Vera Lepko in the first round.

By the looks of it, Halep will start this match as the favourite to win in straight sets with  Bet365 offering 8/15 for that. However, once again, she will be playing without a coach and as seen earlier this year, the Romanian is prone to making mistakes, especially without some support. This may be the time that Bouchard can hope to shake things up and finally get her winning streak underway.

You can watch & bet on Halep v Bouchard on Tuesday, February 19 here . The match will be held at around 2:00 pm local time.

About Chirag Dubey 1637 Articles
Chirag is a Bengaluru-based tennis fan and writer who brings as much love for the women’s game to the table as food.
Website