Petra Kvitova will face her compatriot Katerina Siniakova in her opening match in the ongoing Dubai Tennis Championships on Tuesday morning. The match will start at 11 am local time (7 am BST).

Kvitova and Siniakova have met only once on the tour so far. That meeting took place last year in Prague, where Kvitova won in straight sets.

Kvitova’s Brilliant Start to the Year

The World No. 4 and the two-time Wimbledon winner had quite an impressive start to the season. After losing in the second round in Brisbane, she won the title in Sydney and followed it with a near-perfect run in the Australian Open.

The Czech almost won the third Grand Slam of her career but her rise was halted by Naomi Osaka in the final. Having settled for the runner-up trophy in Melbourne, Kvitova cemented her position in the top five and will now hope to build on that.

Earlier this month, she was in St. Petersburg where she was vexed by Donna Vekic in the quarterfinal. Despite that unexpected loss, Kvitova still remains to be one of the most consistent players on the tour and will start in Dubai as the second seed. 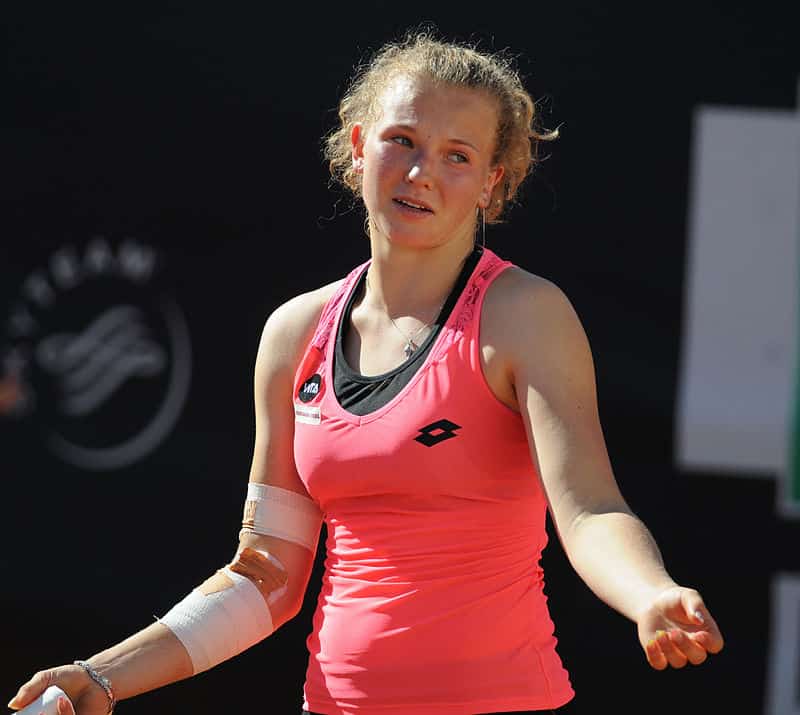 The 22-year-old Siniakova is currently the No. 1 player on the doubles circuit, followed by her former doubles partner Barbora Krejcikova. The two youngsters together won the Doubles French Open and the Wimbledon last year, thus establishing their authority as the best team in the world of women’s singles.

As a singles player, however, Siniakova hasn’t had the best of luck. Before coming to Dubai, she lost all of her opening matches in the main draw in all the competitions she played in. Six events in, she managed to win only three matches this season – two in the qualifying rounds in Sydney and one in the Fed Cup.

However, she broke that jinx in this competition when she defeated Petra Martic in the first round in straight sets. The young Czech will now be hoping to produce a similar feat against the in-form Kvitova but that is easier said than done.

Kvitova will start as the favourite here with Bet365 offering 2/5. This match should serve as an easy win for the second seed unless Siniakova manages to find something from her immense experience and success as a doubles player, and uses it to deliver the biggest win of her career.

You can watch & bet on Kvitova v Siniakova on Tuesday, February 19 here . The match will be held at around 11 am local time.

About Chirag Dubey 1637 Articles
Chirag is a Bengaluru-based tennis fan and writer who brings as much love for the women’s game to the table as food.
Website